CoE Reinforces Georgia’s Sovereignty for the Seventh Time
The Council of Europe issued its seventh resolution stating the Russian Federation inhibits peaceful conflict resolution in Abkhazia and South Ossetia due to increased military exercises in the region. The Committee urged Kremlin to withdraw troops from Abkhazia and Tskhinvali and abide by Ceasefire Agreements ratified on Aug. 12, 2008.

Tatars Call for OSCE Monitoring Mission to Crimea Amidst COVID-19 Concerns
The Mejlis of the Crimean Tatars urged the Organization for Security and Co-operation in Europe to expand its mission to Crimea. Chairman of the Mejlis Refat Chubarov raises concerns about the absence of accurate COVID-19 reporting, discrimination in hospitals, and lack of health updates of illegally detained activists in Crimean prisons.

Ukrainian Government Will Not Negotiate Water Supply to Crimea
Oleksiy Reznikov, Deputy Prime Minister for Reintegration of Temporarily Occupied Territories, stressed that no negotiations on reopening water supply to the Crimean Peninsula will be considered by the Ukrainian government. Reznikov maintains that water shortage is a result of increased Russian militarization.

Russia Illegally Launches Archaeological Excavations in Crimea
The Foreign Ministry of Ukraine condemns Russian “Crimean War” archaeological excavations in Alma Valley and the city of Sevastopol. The Ministry cited the Convention for the Protection of Cultural Property in the Event of Armed Conflict and UNESCO provisions as grounds for the preservation of Ukrainian historical heritage.

OSCE Reports 154 Ceasefire Violations in Donetsk, 10 in Luhansk
From Oct. 20–27th the Organization for Security and Co-operation in Europe reported 154 violations of the ceasefire agreements in Donetsk and 10 in Lugansk. The mission observed 27 weapon violations beyond withdrawal lines in non-government-controlled areas, which include residential areas.

OCHA Reports Over Seven Thousand COVID-19 Cases, Wildfires in Luhansk
UN Office for the Coordination of Humanitarian Affairs reported 12,140 COVID-19 cases in eastern Ukraine with 7,559 confirmed cases and 537 deaths in Donetsk and Luhansk oblasts. Wildfires in government-controlled areas of Lugansk damaged about 500 houses, 1,800 outbuildings, and 60 vehicles since Sep. 30. Fires spread rapidly because of heavy mine and explosive contaminations of the forest.

No Local Elections Take Place in Donetsk, Luhansk, and Crimea
Non-government-controlled regions of Donetsk, Luhansk, and Crimea were unable to elect mayors and local councils.OSCE monitored polling locations on Oct. 25th during local elections in government-controlled areas, where only 10 percent of voters declared their vote for Volodymyr Zelensky’s party “Servant of the People.” Polls predict that 60 percent of Ukrainian voters planned to vote for Russia-friendly parties such as “Opposition Platform – For Life.”

Zelensky Announces Amnesty for Separatist Citizens After Reunification
President Volodymyr Zelensky announced to the Ukrainian Parliament that when separatist territories reunify with Ukraine, they will be granted amnesty to ensure safe reintegration. Transition period laws will not apply to those who had committed murder or other crimes against civilians. Zelensky noted that people who gave up Crimea “without a fight” in 2014 will face punishment. Vice Prime Minister of Reintegration of the Temporarily Occupied Territories of Ukraine, Oleksiy Reznikov estimates that the reintegration of Donbas will take 25 years.

Third Attempted Ceasefire Falls Apart
A U.S.- brokered a humanitarian ceasefire between Armenia and Azerbaijan went into effect on Monday, only to collapse amid renewed shelling and military operations near the town of Terter, Armenia. Both sides have accused each other of violations while maintaining their own innocence. The now-failed ceasefire is the third attempt by outside powers to halt the hostilities, which began on Sep. 27th.

Azerbaijan Reports Armenian Attacks on Barda, Killing Over 20 Civilians
Azerbaijani authorities are accusing Armenia of launching a rocket strike on the town of Barda, which resulted in 21 civilian deaths and 70 injured. Armenia denies responsibility and reports that an Azerbaijani rocket hit a maternity hospital in Nagorno-Karabakh resulting in no casualties.

Concerns of COVID-19 Spread Amid Fighting
Doctors in the Nagorno-Karabakh region are warning that COVID-19 is spreading unchecked throughout the enclave following the heavy fighting. The strained health infrastructure in Stepanakert/Khankendi, already struggling to contain the virus before the outbreak of hostilities, has been overwhelmed by the influx of wounded civilians into hospitals. Many public health workers are forced to provide medical care or conduct surgeries while suffering from COVID-19 symptoms.

U.S. Secretary of State Meets with Armenian and Azerbaijani Ministers
U.S. Secretary of State Mike Pompeo hosted top diplomats from Armenia and Azerbaijan in Washington last week to negotiate the now-failed ceasefire. Both sides reiterated their openness to dialogue, despite the continued heavy fighting on the ground. Azerbaijan expressed the necessity to end what it calls the “Armenian occupation” of Nagorno-Karabakh, clarifying that such a conclusion could be reached politically rather than militarily. Secretary Pompeo emphasized that the top priority was the cessation of hostilities to protect civilian lives.

Moldova Is Choosing Between Russia and EU at Upcoming Presidential Elections
Moldovan presidential elections will take place on Nov. 1st and incumbent pro-Russian President Igor Dodon is facing former Prime Minister Maia Sandu. The former PM said Moldova must resolve its corruption problem to normalize relations with the EU, Romania, and Ukraine. The candidate warned about Russian intervention in elections, falsifications via the illegal purchase of votes in Transnistria, and potential Belarus-type protests. 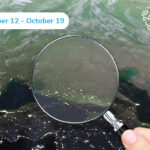 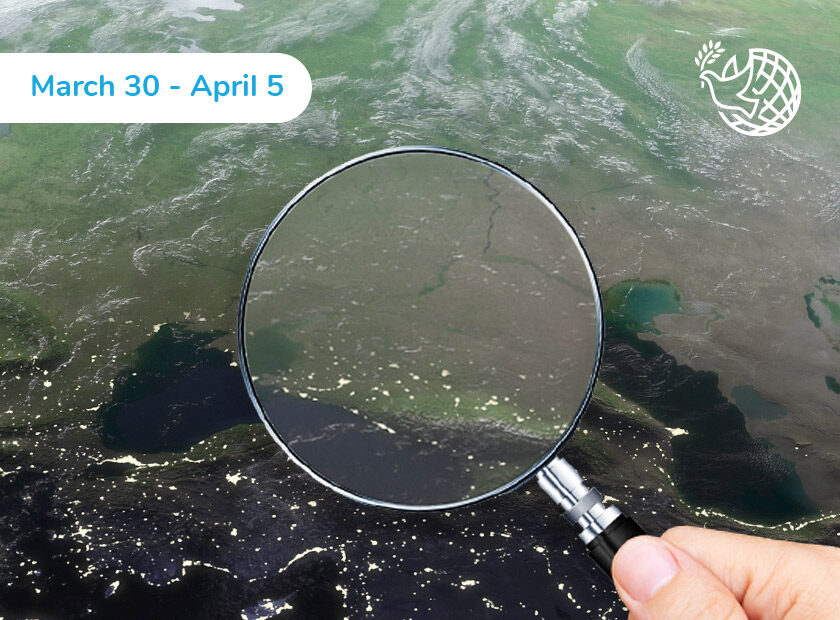