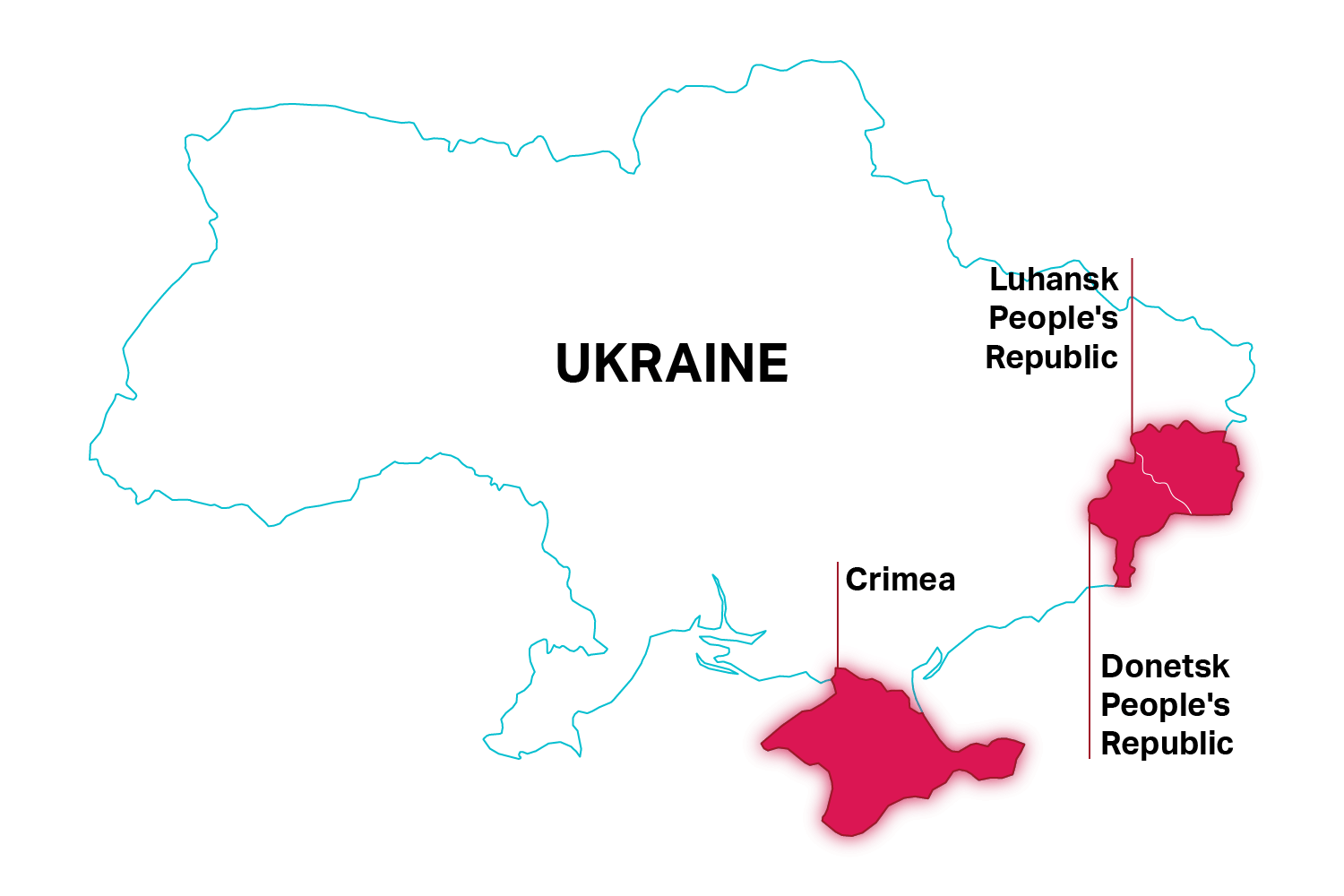 Home to the Soviet Black Sea fleet, the Crimean Peninsula has always carried strategic importance in the politics of the post-Soviet space, and Russia has historically been hesitant to recognize Ukrainian sovereignty over the territory. Following the Ukrainian Maidan Revolution and President Victor Yanukovych’s escape to Russia, Russian troops annexed the Autonomous Republic of Crimea in March 2014. Citing threats to Russian linguistic and citizenship rights, the Russian government introduced an unmonitored referendum proposing Crimean accession to Russia. Official results confirmed the peninsula’s integration with Russia, although the results are widely considered fraudulent.

The Crimean conflict has remained unresolved for 6 years, dislocating over 50,000 people, violating the civil liberties of minority groups such as the Crimean Tatars, and restricting access to Ukrainian language instruction. Russia has continued to avoid international dialogue with regards to the annexation, human rights, and freedom of the seas violations in the region. The buildup of Russian military infrastructure and activity on the peninsula is of significant concern to European collective security. The occupation has implications for trade relations, agriculture, and tourism on both the Ukrainian and Crimean economies.

The ongoing War in Donbass began as a result of the 2014 Ukrainian Revolution and the ousting of Ukrainian President Viktor Yanukovich. Following Yanukovich’s withdrawal from treaty negotiations with the European Union and a realignment with Russia, mass street protests broke out throughout Central and Western Ukraine. After months of violent clashes between demonstrators and Berkut security forces, Yanukovich fled to Russia. As a new government was formed, pro- Russian separatists in Ukraine’s Sovietized eastern oblasts of Donetsk and Lugansk seized government buildings, held referendums, and declared independence. Deadly altercations at the Donetsk International Airport and Sloviansk followed between the Ukrainian Army and pro-Russian separatists, resulting in significant casualties and the downing of Malaysia Airlines Flight 17.

The war eclipsed its sixth year in 2020 and has taken the lives of over 13,000 people. While officially denied, Russia has been heavily involved, supplying weapons, personnel, and armored vehicles to insurgent forces. After 29 unsuccessful ceasefire agreements, the conflict remains unresolved, internally displacing 1.5 million people..

The Crimean conflict has remained unresolved for 6 years, dislocating over 50,000 people, violating the civil liberties of minority groups such as the Crimean Tatars, and restricting access to Ukrainian language instruction. Russia has continued to avoid international dialogue with regards to the annexation, human rights, and freedom of the seas violations in the region. The buildup of Russian military infrastructure and activity on the peninsula is of significant concern to European collective security. The occupation has implications for trade relations, agriculture, and tourism on both the Ukrainian and Crimean economies.

All railroads and vessels carrying food and such things into the great city had ceased runnings and mobs of the hungry poor were pillaging the stores and warehouses. Murder and robbery and drunkenness were everywhere. 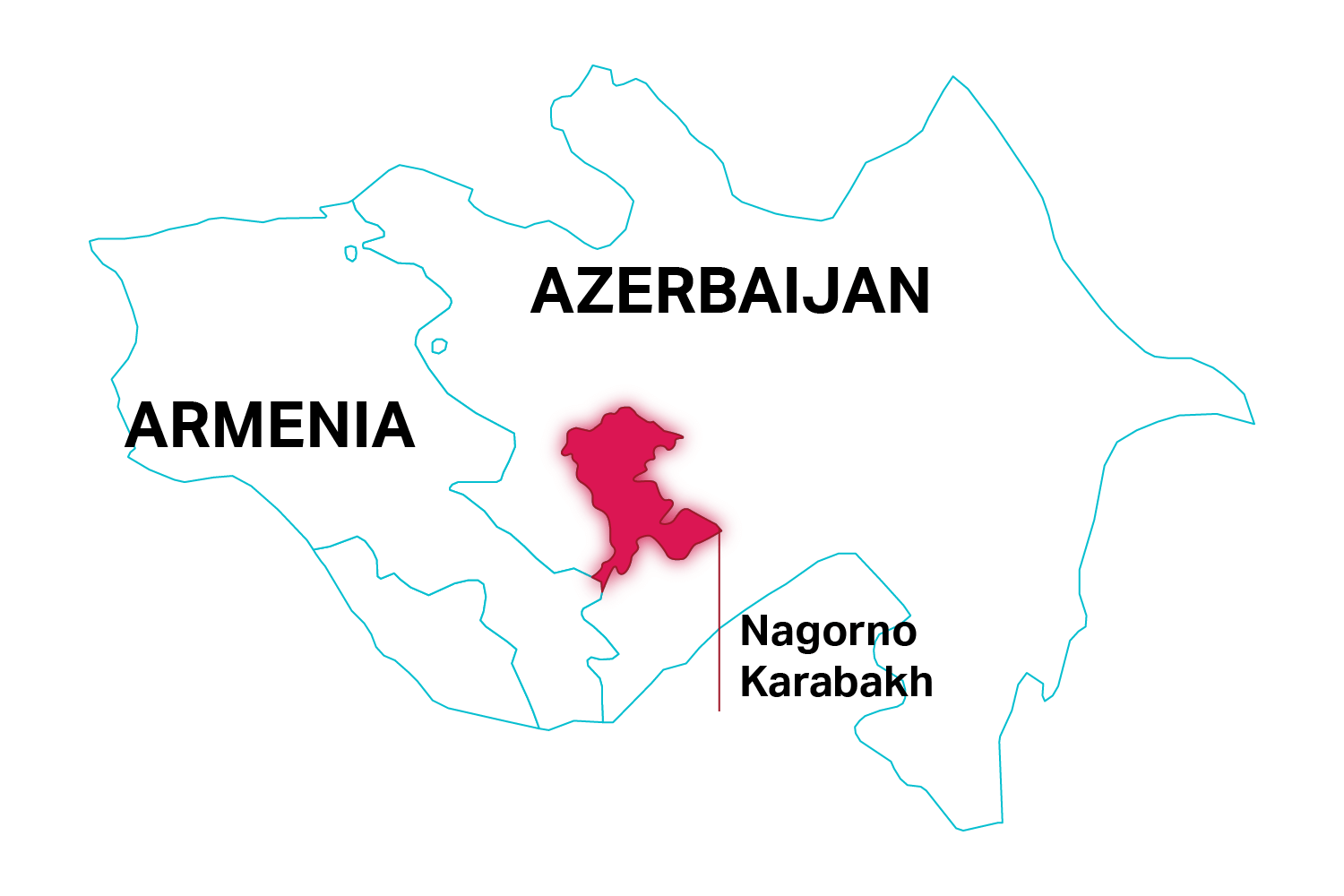 The Nagorno-Karabakh conflict is an unresolved dispute in the South Caucasus between Armenia and Azerbaijan. In 1988, the Armenian population in Nagorno-Karabakh, then part of the Soviet Republic of Azerbaijan, requested to join Armenia. Border disputes between the newly independent states escalated into war fought from 1992 until 1994, leading to an Armenian occupation of Nagorno-Karabakh and neighboring districts. Almost three decades later, diplomatic negotiations have been unsuccessful with sporadic violence resulting in at least 255 casualties since 2016.

Although the conflict was relatively stable for four years, in July 2020 new clashes expanded beyond the Nagorno-Karabakh frontline in the Tovuz district near the Armenian, Azerbaijani, and Georgian border. Future altercations could potentially destabilize the Southern Caucasus region with foreign involvement from Russia (in defense of Armenia) and from Turkey (in support for Azerbaijan) or the potential obstruction of oil and gas exports. 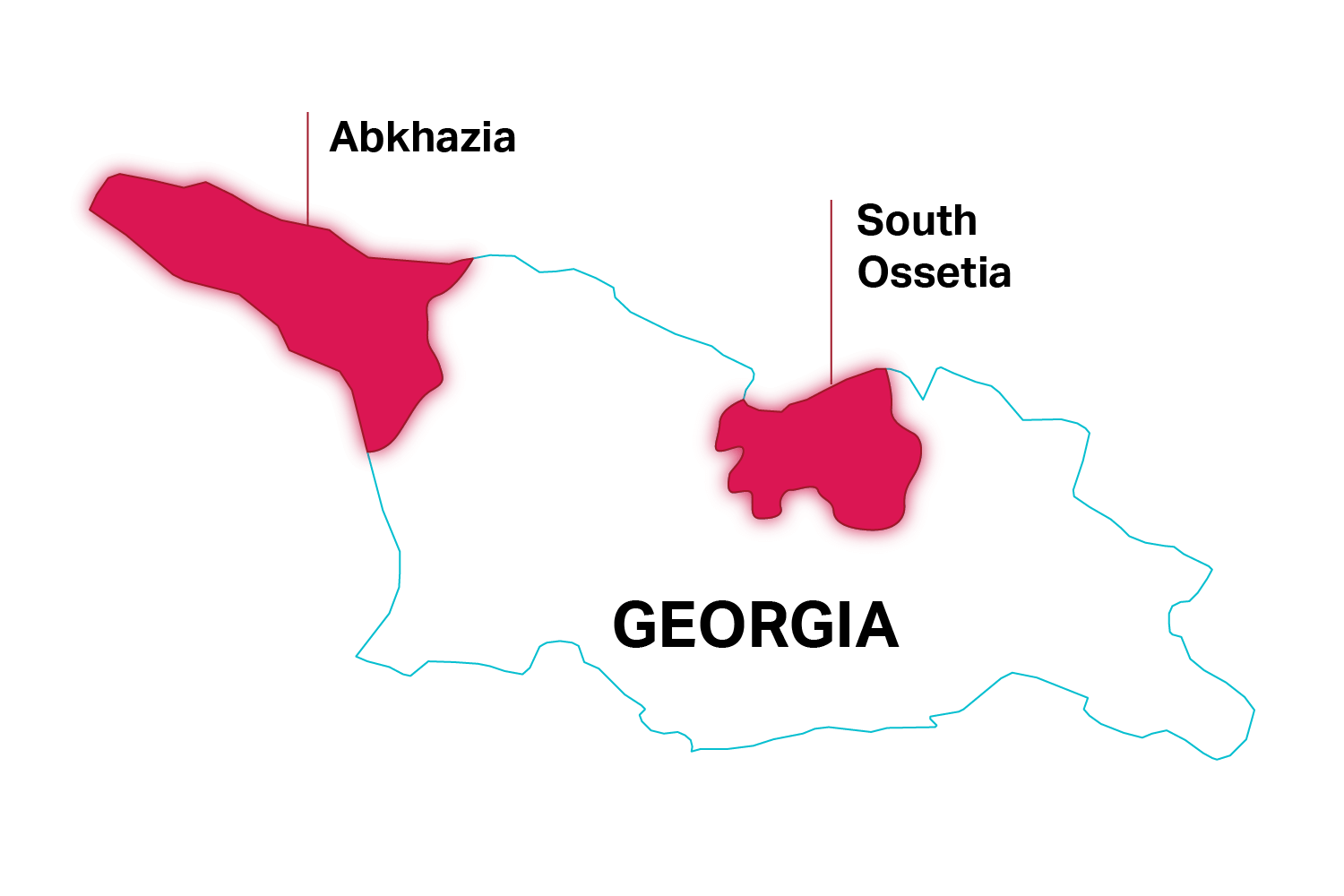 Conflict between Georgia and the autonomous republic of Abkhazia began shortly after the fall of the Soviet Union. Having enjoyed autonomous status within the Soviet Republic of Georgia since 1930, Abkhaz secessionism reemerged when Georgia was granted formal independence in 1991. An armed revolt in 1992 successfully drove Georgian forces out of Abkhazia. A large Russian peacekeeping force maintained the ceasefire signed in 1994. Sporadic fighting continued into the 21st century, escalating during the Russo-Georgian War of 2008. As in South Ossetia, Russia maintains extensive control of Abkhaz military and civilian infrastructure, and is the major political patron for the republic’s recognition in the international community.

Conflict between Georgia and the autonomous republic of South Ossetia has existed since before Georgia gained formal independence. A South Ossetian separatist movement began in the late 1980’s and by 1992 had erupted into open hostilities, followed by an internationally mediated ceasefire. In 2008, renewed clashes between separatist and Georgian forces provoked a Russian invasion of South Ossetia.After a second ceasefire, the conflict remains unresolved. South Ossetia, while retaining de facto independence from Georgia, remains under heavy Russian influence and enjoys only minimal recognition from the international community. 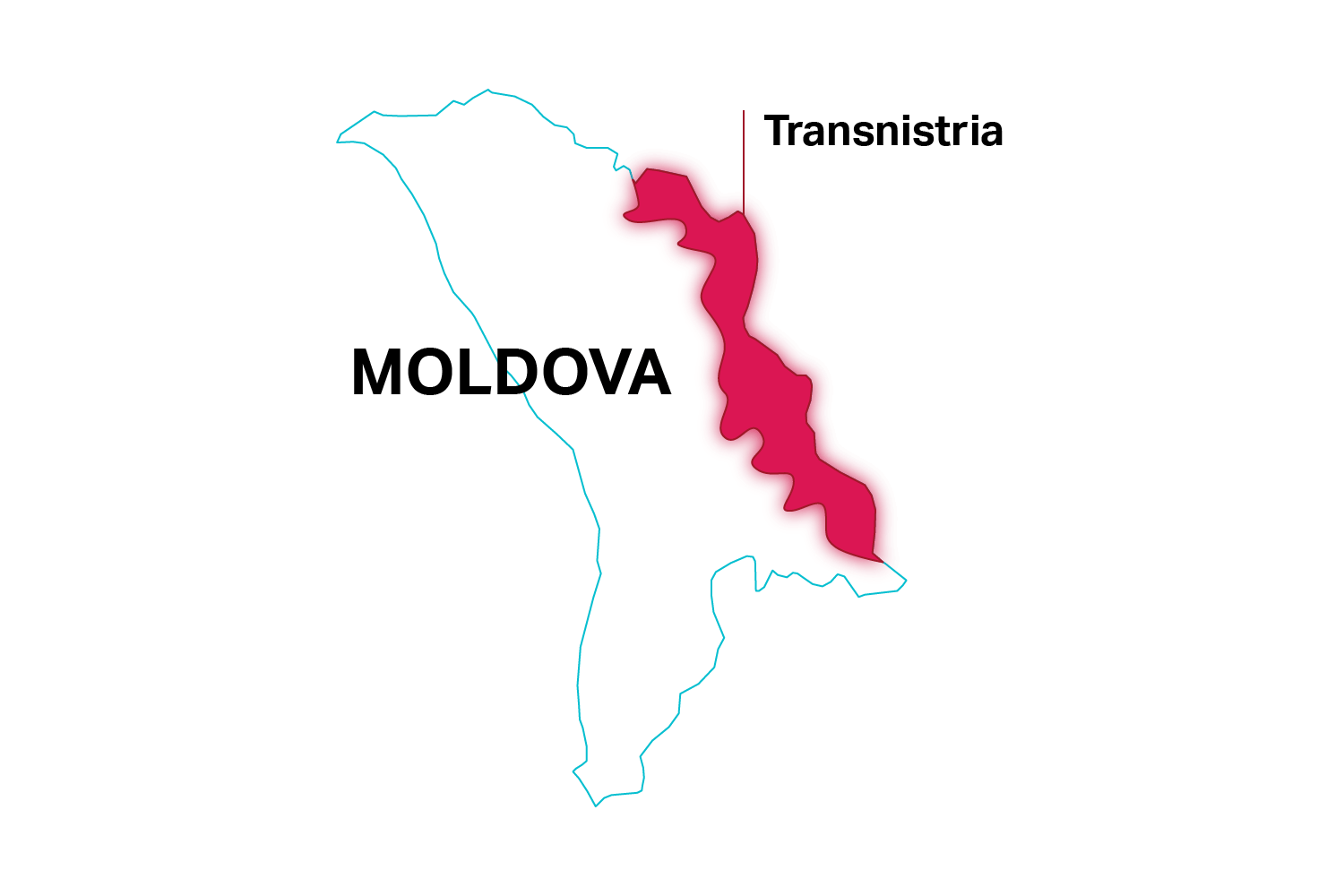 Tensions in Transnistria emerged following Moldovan independence from the Soviet Union in 1989. Gagauz minorities opposed separation from the USSR and feared that the national substitution of the Cyrilic alphabet for the Latin would signify Moldovan return to Romania. Non-Moldovan populations established the “Republic of Gagauzia,” which later merged into “Transnistrian Moldovan Republic.” In late 1990, the situation in Transnistria turned violent with an altercation between separatists and Moldovan police attempting to regain control of local municipalities. With numerous clashes in 1991, the conflict reached its peak in June of 1992 with intense street battles taking place in the cities of Tighina/Bendery. With hundreds of deaths, over 100,000 refugees, and alleged Russian military support for the separatist forces, the Moldovan Army was forced to retreat. Both sides of the conflict signed a long- standing ceasefire agreement in July of 1992.

While there has not been open violence between Moldovan and Transnistrian forces for 28 years, the “frozen conflict” still remains unresolved. Both Moldova and Ukraine are concerned for their territorial sovereignty due to the presence of Russian troops in Transnistria. Although minor “thawing” moments between two sides occur, such as allowing Moldovan language instruction in Latin script in some Transnistrian schools and the official recognition of university degrees received in Tiraspol, major issues of trade, transportation, and administration remain contested among Moldovan civil society and the government.