Welcome to ICR Center’s weekly briefing on conflicts in Georgia, Armenia, Azerbaijan, Moldova and Ukraine. This week Azerbaijan announces a plan to return residence to Shusha, Russian opposition leader exposes his poisoners and Putin reaffirms his support for Donetsk and Luhansk.

Georgian Prime Minister Giorgi Gakharia nominated former deputy justice minister Gocha Lortkipanidze for a nine-year tenure role with the International Criminal Court based in the Hague, Netherlands. Previously, Lortkipanidze worked in the Georgian Foreign Minister and later as the prime minister’s advisor in foreign affairs and international law. He began to serve as the acting justice minister after the parliamentary elections recently held in Georgia.

According to Georgian Defense Minister Irakli Garibashvili, the Georgian Ministry of Defense plans to purchase additional units of Javelin anti-tank missiles from the United States in 2021. The Georgian Ministry of Defense purchased its first batch of Javelin missiles in 2018. The missiles are capable of self-guidance and have the advantage of defeating modern tanks by attacking them from above.

Chairman of the State Committee for Refugees and Internally Displaced Persons Rovshan Rzayev met with the head of the International Committee of the Red Cross Arian Baueri in Baku on December 22. Rzayev explained that in the recent conflict, Azerbaijan had restored its territorial integrity and currently Azerbaijan is making efforts to clear the liberated territories of landmines and return IDPs to their lands. Expanded programming of the ICRC and the recruiting of local staff was also discussed in this meeting.

Navalny Cons a Spy Who Reveals Details of his Poisoning

Russian opposition leader Alexey Navalny conned a Russian FSB agent Konstantin Kudryavtsev into exposing details of Navalny’s near-death poisoning. Kudryavtsev, thinking that he was on the phone with an official from Russia’s National Security Council, revealed that Novichok poison was applied to Navalny’s underwear when it was in the hotel’s laundry service. The FSB issued a statement, calling Navlany’s call “fake.”

Belarussian Health Minister Dmitry Pinevich confirmed that citizens will be vaccinated with Russian Sputnik V vaccine starting January. Kazakhstan, Malaysia and Egypt also announced their production and use of the vaccine. Russian developers claim Sputnik V is 91.4% effective against COVID-19.

Belarus’ Public Prosecutor’s Office said opposition leaders Svitlana Tsikhanouskaya, Olga Kovalkova, Maxim Znak, Maria Kolesnikova, Sergei Dylevsky and others are investigated for conspiracy and “extremist association” charges against the state of Belarus. Kolesnikova has been in custody for four months, reporting police brutality against activists in detention. Other opposition leaders had been exiled to EU countries.

Aslan Bzhania signed a decree approving the Abkhaz “Foreign Policy Concept” on December 4 which included clauses calling for dialogue and normalization of relations with Tbilisi. A group of Abkhaz war veterans called for the parliament to host a discussion on December 21, in which members of opposition parties argued that negotiations with Tbilisi cannot take place until Georgia recognizes the independence of Abkhazia. The opposition also criticized the decree, stating that it aims to replace the Geneva International Discussions.

Head of Abkhaz Security Council Calls for Dialogue with Tbilisi

Sergei Shamba, the former Foreign Minsiter of Abkhazia and current security council head, has called for a resumption of dialogue with Tbilisi. Shamba stated that neither Abkhazia nor Georgia will retreat from ‘fundamental interests’ but that compromise solutions can be found between extreme positions. Shamba noted the potential for bilateral discussions on some issues, including the operation of the Enguri Hydropower Plant and criminal activities.

The Mtskheta District Court of Georgia sentenced two South Ossetian security officers to life in prison in absentia for the torture and murder of Archil Tatunashvili, a 35-year-old Georgian who died at the hands of Russian-backed authorities in Tskhinvali in 2018. Tatunashvili was detained after crossing into Akhalgori in 2018, and he was tortured for his participation in the 2008 Russo-Georgian War. His cause of death was determined to be heart failure, but his body was returned to Georgia without his internal organs, making it difficult to determine his cause of death.

According to Ukrainian Minister of Defense Andriy Taran, the Russian Federation is planning to deploy nuclear weaponry to the Crimean Peninsula in an attempt to establish its dominance in the Black Sea basin. Taran also described Russia’s obstruction of the Kerch Strait, which has created concern for other countries in the region, notably Romania. Secretary of the National Security and Defense Council of Ukraine Oleksiy Danilov has also reported that Russia has the possibility and intention of deploying nuclear weapons to the region.

Ukraine’s National Nuclear Energy Generating Company Energoatom has taken steps to file a lawsuit against the Russian Federation. Energoatom is seeking compensation for assets lost during the occupation of Crimea. The amount of the lawsuit is estimated at approximately $100 million. Energoatom will be represented by the international law firm Shearman & Sterling, and the two parties signed an agreement on December 17.

During a press conference, Russian President Vladimir Putin affirmed that Russia intends to continue to provide support for districts of the Donetsk and Luhansk regions of Ukraine. Putin stated that he believes a settlement is inevitable, but that the timeline for establishing a settlement relies on the Ukrainian government. The Russian government is prepared to provide additional support in the forms of social support and infrastructure investment.

Armenian forces were made to withdraw from positions near the border with Azerbaijan near the town of Kapan in the Syunik Region of Armenia. Residents initiated protests and claimed that Armenia is surrendering territory to Azerbaijan. Armenian Prime Minister Nikol Pashinyan attempted to travel to the region to reduce tensions, but clashes between police and protesters broke out as residents blocked roadways to prevent Pashinyan’s arrival. Ultimately, Pashinyan was only able to visit the city of Sisian and the village of Sarnakunk via helicopter as roads remained closed.

Faiq Ismayilov, Chairman of the Public Association Organization for the Protection of Historical and Cultural Monuments in the Occupied Territories of Azerbaijan, conducted a visit to Shusha for inventory and assessment purposes in order to determine the city’s ability to support the returning population. According to Ismayilov, issues related to water supply have been nearly resolved, but other infrastructure work, including the restoration of the electrical grid, still must be completed. It is currently expected that Azerbaijanis will be able to relocate to Shusha by next summer.

Ambassador of Ukraine to Belgium, Mukola Tochytskyi said and association between Moldova, Georgia and Ukraine could be beneficial in terms of economic and infrastructure projects without the EU’s “big politics.” He also discussed the challenges of including Belarus to the EU Eastern Partnership summit in March of 2021. The Eastern Partnership policy launched in 2009 to develop cooperation between the EU, Ukraine, Moldova, Belarus, Armenia and Azerbaijan. 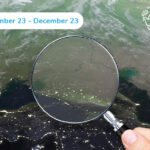