Media
Home Articles Why is Russia Building Up Its Military Presence Near Ukraine? 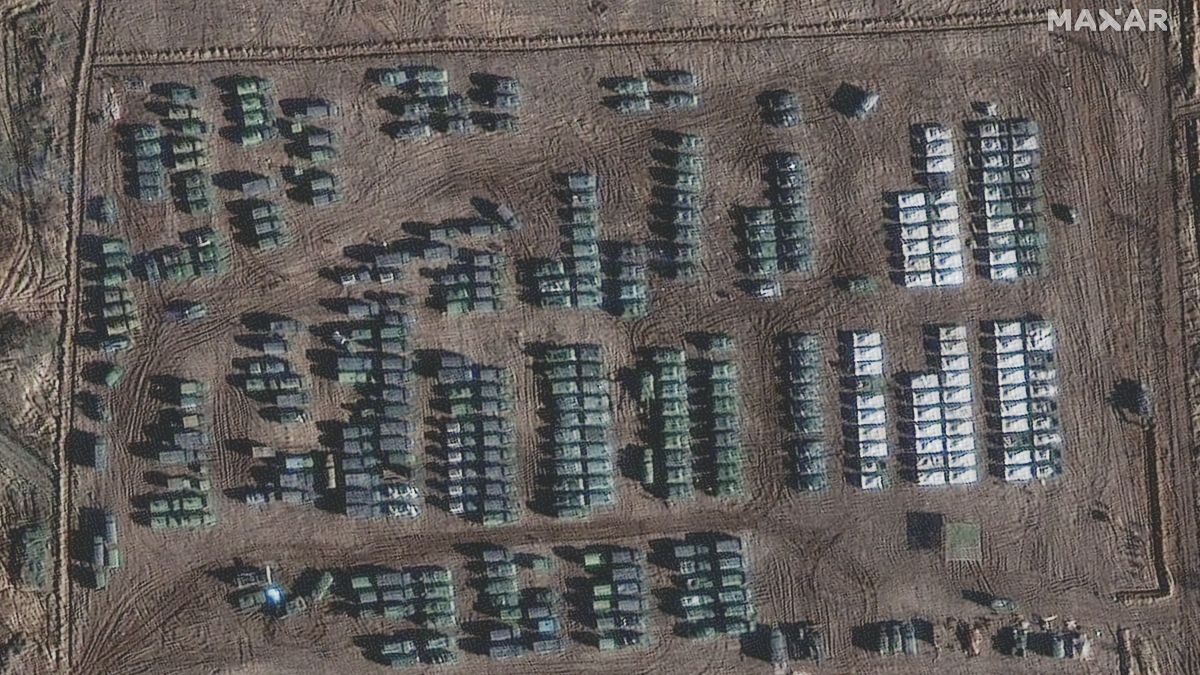 Why is Russia Building Up Its Military Presence Near Ukraine?

Since late October, Russia’s armed forces have been conducting movements and hardware transfers close to the border of Ukraine. At the beginning of November, the Ukrainian Ministry of Defense announced that some 90,000 Russian troops equipped with thousands of tanks and armored vehicles had been deployed 160 miles (260km) away from the country’s northern border, which increased the “high probability” of military escalation.

As Russian military movements have been taking place in different points, deep concerns have been raised in the West over a possible escalation of Russian aggression against Kyiv. While U.S. Secretary of State Antony Blinken publicly warned Russia not to make a “serious mistake” by escalating its war against Ukraine, the United Kingdom announced that it would send its military forces to Ukraine. The Biden administration ramped up its efforts to de-escalate growing tensions between Moscow and Kyiv and sent CIA Director Bill Burns to Moscow, where he warned Kremlin security officials over Russia’s aggressive actions against Ukraine.

Moscow has been steadily expanding its military groupings in its western and southern regions following its initial invasion of Ukraine and the subsequent deterioration of relations with the West in 2014. The ‘Western encroachment’ – namely the gradual expansion of the North Atlantic Treaty Organization (NATO) to the east and Ukraine’s strife towards membership in the alliance – has long irritated the Kremlin. Moscow’s has ‘unfinished business’ in Ukraine as, despite the invasion of Crimea and occupation of Donbas, the country has maintained its pro-Western aspirations and has developed its economic and military capabilities.

While the previous large-scale deployment of the Russian armed forces near the Ukrainian border took place in spring 2021, the buildup involved the active use of Russian military training grounds near the Ukrainian border and in occupied Crimea. The activities were accompanied by a constant movement of troops between bases and training grounds. Nevertheless, Russia’s recent military movements have not been part of ‘normal’ military drills observed at Ukraine’s border since the start of the war in Donbas in 2014.

Russia has increased its number of military assets in Crimea, and parts of the 1st Guards Tank Army have been deployed to Maslovka close to the border with the Ukrainian city of Kharkiv in the country’s northeast. Additionally, Moscow has concentrated its military vehicles around Rostov, to the east of Ukraine. The most widely discussed movement has been the relocation of the 41st Combined Arms Army (CAA) troops to the city of Yelnya, near the borders of Ukraine and Belarus. The 41st CAA, with its headquarters in Siberia, was previously based in Russia’s Central Military District. However, in the spring, the army moved to Russia’s Western Military District, which encompasses regions from Finland down to the border with Ukraine.

The CAA had been initially deployed to the Pogonovo training grounds in the Voronezh region of Russia, next to Ukraine. But in October most of its assets were relocated to Yelnia, 250 kilometers away from the Ukrainian border. From these ‘unusual’ movements, it seems that Russia has been preparing, although for exactly what remains unclear, and widely open to interpretation. What is obvious is that Moscow has positioned itself to be able to target its military movements against Kyiv.

Over the past several years, Russia has established new military bases in the Russian regions adjacent to Ukraine in line with its ‘hybrid’ strategy. The Kremlin has been trying to pressure Kyiv, as well as the West, through its military leverage. The continuous military movements and conflict in Donbas have served nothing but the Kremlin’s interests. While Russia’s military presence undermines Ukraine’s sovereignty and territorial integrity, it has been a reminder that renewed military aggression against Ukraine might be on the Kremlin’s agenda.

In the meantime, Moscow has been ramping up its aggressive rhetoric against Ukraine. On November 1, Russian Foreign Minister Sergey Lavrov accused Kyiv of trying to “drag Moscow into the conflict in eastern Ukraine” following an escalation in fighting between government forces and rebels in the breakaway region. Lavrov’s statement could have been a reference to Ukraine’s recent use of strike drones in Donbas. Ukraine’s actions in Donbas angered Kremlin officials, amid an increasing U.S. naval presence in the Black Sea.

Ukraine is ‘unfinished business’ for Russia, as it is the place where Moscow has witnessed many defeats since the Orange Revolution where Moscow’s influence was undermined by pro-Western movements. Since the 2013 Euromaidan protests, the Ukrainian government has further outcasted Russia by implementing pro-democratic measures and anti-corruption reforms and voicing their aspirations for membership in NATO. Russian coercive actions against Ukraine have ‘struck back’ and further solidified Ukraine’s pro-Western aspirations. Even though Ukraine’s NATO and EU membership prospects might be unrealistic for the time being, Ukraine’s growing military cooperation and dense economic and political ties with the West largely undermine Moscow’s interests. Kyiv has been actively involved in NATO exercises and in 2020 was even named as NATO’s Enhanced Opportunities Partner. In April, Ukraine also became the first non-alliance nation to take part in the NATO Response Force.

The Kremlin’s primary goal is to undermine Ukraine’s prospects of joining NATO by maintaining conflict as candidates interested in joining the alliance are obliged to resolve all international and territorial disputes prior to membership. As Ukraine’s internationally recognized territories – the Crimean Peninsula, Luhansk and Donetsk – have been under Russian control since 2014, Ukraine’s prospects of membership remain minimal.

At the same time, Ukraine is an important part of Russia’s great power game. Russian President Vladimir Putin has long sought to restore Russia’s great power status, and he has tried to start this process by regaining dominance over key parts of Russia’s historic empire. For Putin, the restoration of the Russian-dominated neighborhood is not only geopolitical, but personal.  In 2005, the Russian president sincerely admitted that the collapse of the Soviet Union was “the greatest geopolitical catastrophe of the century.” He has continuously returned to this theme in one form or another. In July, Putin published an article where he argues that a sovereign Ukraine has no right to exist as “it invented its borders” and that the West has “established an anti-Russian project to instil fear in Ukrainians.” Similarly, many Russian television channels have supported Putin’s statements. For instance, in February, Kremlin TV chief Margarita Simonyan was a headline-grabbing highlight of the recent Russian Donbas Forum, where she joined calls to annex occupied eastern Ukraine, saying “Mother Russia, take Donbas home.”

Ukraine serves as a buffer zone between Russia and the West and could play one of the decisive factors for Europe’s future as well. Ukraine’s success in integrating with Western institutions would lead to a more democratic and freer Europe, which would have a spillover effect on other post-Soviet states and even Russia per se. Such a wave of democratization would pose a threat to Putin’s authoritarian regime, and that is why it has remained the Kremlin’s major fear since the color revolutions in Georgia and Ukraine in the early 2000s. Although Russia might not be willing and able to invade entire Ukraine, it will continue undermining its sovereignty and stability in the short term, pushing this scenario further away from reality. 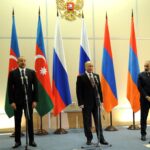 The Sochi Summit: A Small but Successful Step Toward Reconciliation Between Armenia and AzerbaijanDecember 1, 2021
Defusing New Tensions Around UkraineDecember 13, 2021 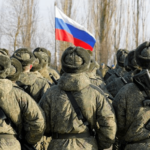