On January 2, U.S. President Biden and Ukrainian President Zelensky met by phone, representing the second conversation in less than one month between the two leaders. The most recent meeting comes a week before American and Russian officials plan to meet in Geneva, Switzerland on January 10 and ahead of a meeting between Russian and NATO officials on January 12.

Before the most recent meeting, Biden and Zelensky held a call on December 9. Two days earlier, Biden and leaders of France, Germany, Italy, and the United Kingdom discussed the status of the escalation of tensions in Ukraine. On the same day, Biden held a one-on-one conversation with Russian President Putin. In the December 7 conversation with Putin, Biden warned the Russian President of “strong economic and other measures.” Aside from threats of generic economic sanctions and actions that could disrupt the Nord Stream 2 gas pipeline, Biden notably did not agree to any of Putin’s demands for limitations on the eastward expansion of NATO.

With this as the foundation for talks with Ukrainian President Zelensky, many questioned whether or not Biden would make any guarantees to Ukraine during his December 9 call with Zelensky. The highlight of the call, which lasted over an hour, was that Biden said that any negotiations or decisions concerning Ukraine must have the participation of Ukraine. Additionally, according to Zelensky’s chief of staff, Andriy Yermak, “Biden said very clearly that the decision on Ukraine’s accession to NATO is the decision of the Ukrainian people only.” Zelensky, on the other hand, reportedly provided Biden with proposals on how to “unblock the peace process” and expressed willingness to participate in negotiations in multiple formats.

Fast-forwarding a few weeks to the new year, Biden and Zelensky held another call, once again coming only a few days after a call between Biden and Putin. In the 50-minute phone call between Biden and Putin on December 30, Biden urged Putin to take steps to reduce tensions on the Ukrainian border and once again, warned of unspecified ‘economic consequences.’ In response, Putin said that new sanctions against Russia could lead to a rupture in relations between the U.S. and Russia.

After pressing Putin to de-escalate the tensions building on Ukraine’s borders, Biden and Zelensky conducted their joint call on January 2. Biden stated that the US and its regional allies would “respond decisively if Russia further invades Ukraine.” In an announcement, Zelensky noted that the two discussed the prevention of further escalation, the coordination of joint actions, and noted Ukraine’s appreciation for “the unwavering support” of the United States.

On January 10, Russian and US officials will meet in Geneva, Switzerland, where negotiations will take place through the ‘Strategic Security Dialogue’ initiative, formed by Biden and Putin during a June 2020 summit. With Biden having spoken with Putin and Zelensky twice each, as well as a number of Western and Eastern European allies, it is clear that a platform for diplomacy is in place. What is not clear, however, is what may emerge from these talks.

Biden has been firm on supporting Ukraine’s territorial integrity, as well as the country’s sovereignty in making its own decisions. Putin has been steadfast in his claims that the militarization of Ukraine’s border is in response to the threat of NATO expansion in the region. With both leaders grounded in their beliefs, is it possible to force a de-escalation of the conflict?

Russia is reacting to the perceived threat of NATO expansion. Currently, this ‘ideological warfare’ seems worth it for Russia, but the best way to de-escalate the situation is to make the consequences of further militarization outweigh the benefits so significantly that there is no other option than to negotiate and make agreements.

Instead of threatening Putin with ‘severe consequences’ or ‘additional sanctions’ Biden and the rest of the US government should be more transparent on what the consequences of continued aggression against Ukraine would entail. Is the U.S. considering blocking trades between the Russian Ruble and U.S. Dollar? Has the U.S. garnered support from European allies to impose sanctions on the Nord Stream 2 pipeline? Providing Russia with visible consequences and enacting sanctions preemptively with the condition that these measures could be repealed if Russia reduces tensions would be one step in forcing Russia to evaluate its maneuvers.

Secondly, the U.S. needs to make it clear what it can and will provide to Ukraine. Following the first call with Zelensky, Biden said that sending U.S troops to Ukraine was “not on the table.” This was a smart statement to make, as stationing servicemembers in Ukraine would give credence to Putin’s narrative that NATO is increasing its military presence in Russia’s backyard. However, Biden can show military support for Ukraine without involving personnel. Currently, military equipment is coming from allied countries; for example, Lithuania has made announcements about its willingness to supply weapons to Ukraine. While the U.S. has since approved sales of Javelin missiles to Lithuania, which could possibly be forwarded to Ukraine in the future, the Biden administration should cut out the middleman and fulfill Ukraine’s requests directly. Russia has recently publicized the success of its Orion drone, shortly after Ukraine placed a sizeable order for Turkish made Bayraktar drones, ultimately balancing the playing field. Direct support from the US through arms supplies could once again tip the scales in Ukraine’s favor, increase the cost of initiating conflict for Russia, and ultimately deter further escalation. 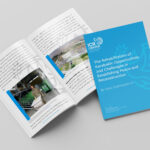 The Rehabilitation of Karabakh: Opportunities and Challenges in Establishing Peace and ReconstructionDecember 17, 2021
EU Tries to Secure Role in Russia-Ukraine Conflict, Absent from Major Diplomatic TalksJanuary 14, 2022 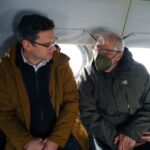