On August 11, Iran’s ambassador to Azerbaijan was summoned to the Ministry of Foreign Affairs and was presented with a diplomatic note informing the ambassador of illegal visits of Iranian cargo trucks to the Karabakh region. Although Iran has long facilitated the transportation of military equipment into Nagorno-Karabakh for Armenian forces, the recent increase in the frequency of deliveries has caused concern for Azerbaijani officials.

The Islamic Republic of Iran’s official stance regarding the Nagorno-Karabakh conflict follows the position supported by international law, which states that the territory is an internationally-recognized part of the Republic of Azerbaijan. Iran also officially recognizes United Nations resolutions that recognize Azerbaijan’s territorial integrity and call for the removal of Armenian forces from the region.

Iran’s actions suggest otherwise. In June 2020, Azerbaijan’s Foreign Minister accused Iran of allowing Russian military cargo to be transported through the country into Nagorno-Karabakh. During the 2020 Nagorno-Karabakh war, videos and images circulated on social media, depicting military equipment being transported through Iran towards the Nordooz-Agarak border crossing point.

Despite the many documented examples of cargo and military equipment being transported from Iran into the Nagorno-Karabakh region, Iran vehemently denies facilitating any shipments. According to Saeed Khatibzadeh, the Spokesman for the Ministry of Foreign Affairs of Iran, “Iran carefully monitors and controls the route of transportation and transit of commodities to other countries…and does not allow [the] country’s soil to be used for the transfer of arms and ammunition whatsoever.”

The recent increase in the number of cargo transfers through Iran to Nagorno-Karabakh highlights several troubling issues, including a possible increase in militarization against a backdrop of increased tensions and recent clashes between Armenia and Azerbaijan, as well as doubts over the role of Russian peacekeeping forces.

Considering the number of outbreaks of conflict in recent months, the increase in cargo shipments from Iran is concerning. Whether Armenian forces in Nagorno-Karabakh are positioning themselves to be on the offense or defense, indications of further militarization of the region are concerning for regional security and development as well as the security of civilians on both sides of the conflict.

Iran’s role in facilitating the transportation of goods into Armenian-held parts of Nagorno-Karabakh represents another instance that calls into question the role of Russian peacekeepers. The Russian peacekeeping force, consisting of nearly 2,000 soldiers, has been notably absent in mediating conflict and complacent in enforcing the terms of the ceasefire agreement.

For example, on May 12, Armenian Prime Minister Nikol Pashinyan announced during an emergency Security Council meeting that Azerbaijani forces had advanced more than three kilometers into Armenian territory. Azerbaijan’s Foreign Ministry responded by saying that troops were present in the region to enforce Azerbaijan’s border. In this instance, Russia remained silent and did not take any action.

Additionally, Russia and its peacekeeping forces were clearly disinterested in contributing to the resolution of one of Azerbaijan’s greatest post-war challenges: obtaining the maps of landmines in territories recovered through the 2020 war. In the months following the war, Armenian officials denied the existence of maps of landmines and referred to the requests as a ‘fake agenda’ pushed by Baku. Finally, in June 2021, the Armenian government provided maps of nearly 100,000 mines in the Aghdam district in exchange for 15 Armenian soldiers. In this case, the Russian government and Russian peacekeepers certainly could have facilitated the exchange of maps and prisoners of war much earlier, which would have reduced casualties and injuries caused by landmines and returned soldiers to their homeland and to their families.

Most recently, Azerbaijan’s Ministry of Defense issued a press release calling for the ‘complete withdrawal of the remnants of the Armenian armed forces from the territory of Azerbaijan.’ Azerbaijan states that Armenian armed forces have been setting up new outposts in the territories east of the administrative boundaries of Kelbajar and Lachin, which is in direct violation of the November ceasefire agreement. Russian peacekeepers are currently deployed in the areas where militarization is taking place, and no action has been taken to enforce the principles of the trilateral agreement.

In these cases, as well as with the recent reports of equipment being transported illegally from Iran, Russian peacekeepers are not actively contributing to improving relations between Armenia and Azerbaijan. As demonstrated with other conflicts in the post-Soviet space, Russia thrives on instability. Despite being the negotiator of the ceasefire agreement and being one of the largest players in the region, it is in Russia’s interest to prevent the conflict from being resolved. The 2020 Nagorno-Karabakh war provided Russia with an additional opportunity to physically insert itself in the South Caucasus region. Allowing for violations of the ceasefire, whether through border provocations or illegal cargo transfers, ensures delays in the long-term resolution of the Nagorno-Karabakh conflict and ensures that Russia can maintain a military presence beyond the five-year term indicated in the November 10th agreement. 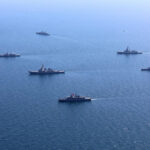 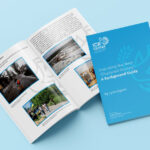