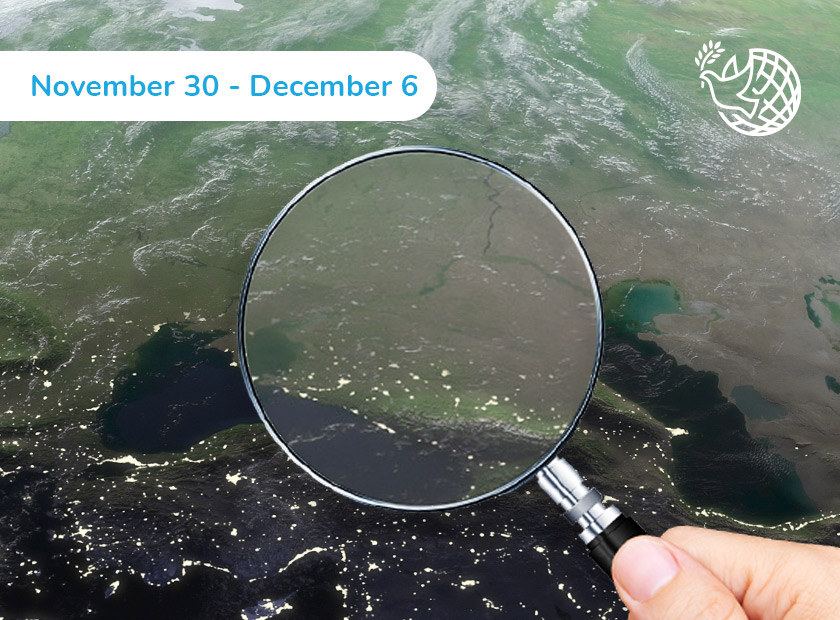 Welcome to ICR Center’s weekly briefing on conflicts in Georgia, Armenia, Azerbaijan, Moldova and Ukraine. This week Armenians call for PM Nikol Pashhinyan’s resignation, Russia resumes the construction of Nord Stream 2 and Georgian opposition parties agree to the third round of negotiations with the Georgian Dream party.

Russia Resumes Construction of Nord Stream 2
German shipping authorities issued a travel advisory for the Baltic Sea area where the last kilometers of the Russian gas pipeline Nord Stream 2 is constructed. On Dec. 5, Russian pipe-laying ship Fortuna left the German port to construct another section of the pipeline. The completion of Nord Stream 2 will bypass Ukraine and will double Russian gas deliveries to Germany. It is speculated German Chancellor Angela Merkel will stop supporting the construction following the poisoning of Russian opposition personality Alexei Navalny.

International Criminal Court Allocates Funds for Victims of 2008 War
The Directorate of Trust Fund for Victims, belonging to the International Criminal Court, has launched a three-year program with a budget of 600,000 euros to support victims of the 2008 war. According to Gocha Lortkipanidze, the Acting Minister of Justice, the funds will support medical treatments, psychological rehabilitation, and other health initiatives for individuals on both sides of the internationally unrecognized border between Georgia and South Ossetia.

Enguri Bridge Opens for One-Week Humanitarian Corridor
The Enguri Bridge crossing point linking Georgia with the occupied territory of Abkhazia was opened on December 3 as part of an initiative to establish a humanitarian corridor and will remain open until December 10. The crossing point has been closed since March in light of the global pandemic.

Georgian Government Delivers 10,000 Doses of Flu Vaccine to Abkhazia
According to the Head of the National Center for Disease Control Amiran Gamkrelidze, the Georgian government has delivered 10,000 doses of flu vaccine to the occupied region of Abkhazia. Gamkrelidze indicated that the private sector in Georgia purchased more doses than expected, resulting in a government surplus. Vaccinations will be prioritized for high-risk groups, including military personnel and teachers.

Abkhaz President Notes Goal of Common Defense and Security System with Russia
As a result of the recent developments in Nagorno-Karabakh, the de facto President of Abkhazia Aslan Bzhania stated that the creation of a common defense and security agreement with Russia is a primary goal for the territory. The effort of establishing this type of agreement is seen as a continuation of the partnership signed in 2014, which established a ‘socio-economic space’ with Russia.

Ambassador Reeker Discusses Crimean Occupation, Sentencing of Activists
U.S. Ambassador Philip T. Reeker addressed the Organization for Security and Cooperation in Europe stating that Russian occupation of Crimea undermines regional security in the Black Sea, the Mediterranean Sea, and the Middle East. He said he was disturbed by Crimean activist Server Mustafayev’s 14-year imprisonment. The Ambassador noted that more than 90 Ukrainians are unjustly imprisoned for peaceful dissent.

OSCE Ministerial Council Opens with Discussion on Conflict Settlement in Crimea
The OSCE Chairperson-in-Office, Edi Rama said conflict in Ukraine is the “utmost priority,” including the de-occupation of Crimea at the 27th OSCE Ministerial Council. Rama also called for constructive discussions in the Trilateral Contract Group overseen by the OSCE.

Political Crisis Festers in Armenia After Ceasefire Agreement
After Armenia, Azerbaijan, and Russia signed the ceasefire agreement on Nov. 10, protests erupted in Armenia, as citizens and officials alike felt that Prime Minister Nikol Pashinyan had made a unilateral decision. Numerous officials close to Pashinyan resigned, and President Aarmen Sarkissian has begun to distance himself from the Prime Minister. Sarkissian has called on the current government to resign and has made ‘private visits’ to Moscow.

President of Azerbaijan Announces Rebuilding Efforts in Liberated Territories
Azerbaijani President Ilham Aliyev received a delegation led by the Deputy Speaker of the Italian Chamber of Deputies on Dec. 7. In this meeting, Aliyev noted the widespread destruction that took place during the occupation of Nagorno-Karabakh and surrounding territories. Aliyev announced that the Azerbaijani government will soon invite international companies, including those from Italy, to participate in the large-scale reconstruction and restoration efforts.

Russian Officials Respond to President-Elect’s Agenda for Transnistria
Kremlin’s Press Secretary Dmitry Peskov responded to the Moldovan President-elect’s refusal to sign any agreements to station the Operational Group of Russian Forces in Transnistria, saying the change in the status quo will destabilize the region. Russian Foreign Minister Sergei Lavrov responded to Sandu’s statement on the withdrawal of Russian peacekeepers, calling it “irresponsible” to withdraw troops until the conflict is resolved. NATO Secretary-General Jens Stoltenberg reinstated that Russian troops in Transnistria violate Moldova’s territorial integrity. 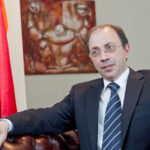 Armenia’s Shifting Expectations of the Nagorno-Karabakh Peace DealDecember 12, 2020
Armenia’s Responsibility in Destruction of History and Culture of AzerbaijanDecember 23, 2020 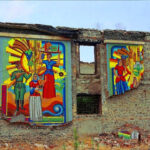 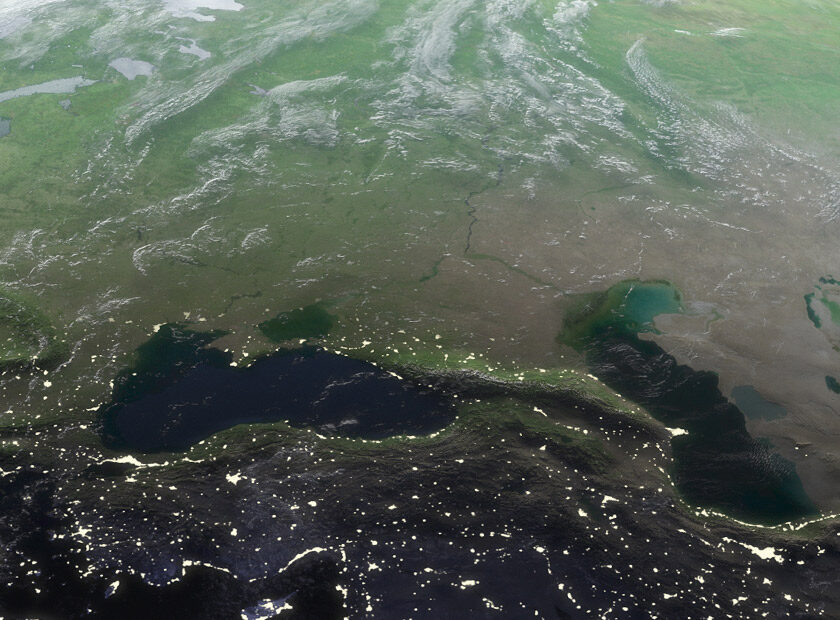 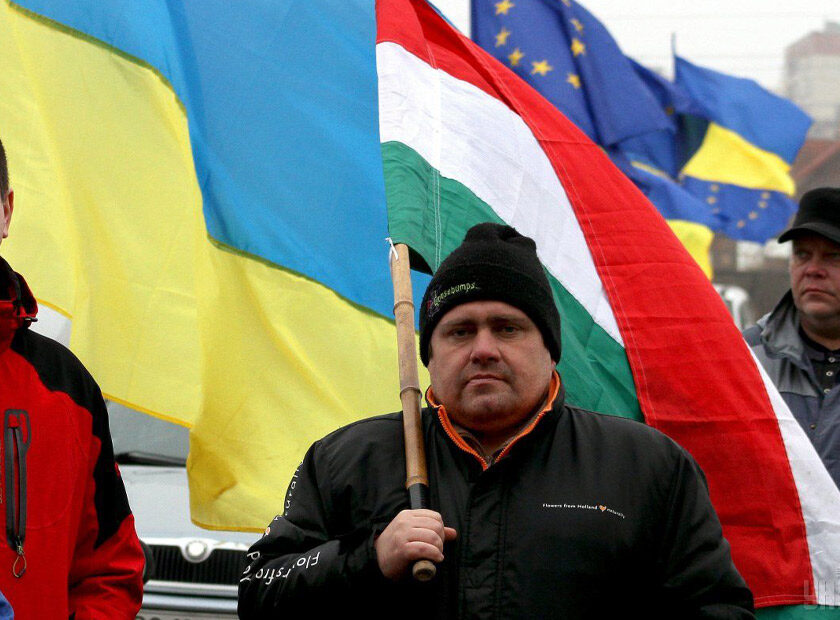